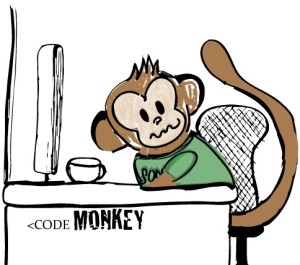 ]This is my experience at StartUp Weekend Atlanta 2013.  Let me start by saying, I moved here from Seattle one of (if not the top over Silicon Valley) tech meccas.  I saw the benefit of the experience and did meet some interesting people.  I met a bunch of developers, a few business people, and even fewer graphic designers.

Attention Graphic Designers:  Get Involved in Startup Events!  They need you.

Ok, that being said, I was unable to stay for the entire weekend due to some work issues.  Here is what I learned:  Startup Weekend was a great experience for new entrepreneurs to gather some pitch experience and see what is technically possible with some good devs.   I don't think that there is any bright future from most of the pitches, but Jobs4Teens was really impressive on how it could help teens find work.  There were some others and the one that won was bringing farmer's market to the masses, which I'd definitely be interested in using.  However, why did they win?  Did they have the best interface, the best code, the best... I think they had the most professional pitch, a working model that was impressive, and they actually made money that weekend.  Every VC loves to hear that you are making money and have a strong revenue model.  It is rare that people want to help people succeed unless they are going to make money from it.  I didn't say never, but definitely rare.   I was impressed with the staff most of all.  They had a few delays here and there, but well organized and good time tracking of pitches and presentations.  Would I attend it again?  Maybe if I was pitching... I also learned that I need to whip up sites left and right just to get the experience of writing really quick code regardless of the structure... they just need POC as fast as possible... they clean it up after the weekend...   So I did learn some things, I can knock out sites quickly, and even some mobile apps if needed.  I wrote an app in PHP and then did it .Net and even wrote a simple android interface to see if I could.  That was in a weekend.  I'm not amazing, but I am a quick study and really appreciate people who truly are talented in their area.  People love watching LeBron play basketball, and I like watching Great Developers/Graphic Designers whip up sites.  Its fun exciting and it works.

The most important thing I learned this weekend though is

No idea is great until you DO SOMETHING.

Don't talk about code or your tech stack or best design pattern... just write SOMETHING... and iterate... often.

So get out there, and write some code.  Don't study code, WRITE IT.  You'll learn much more by failing than never trying.

My thoughts from today